At that time, I was experiencing a spiritual connection with the women of my family, past and present.
Authentic movement was my way to elaborate a communication of compassion by letting any movement emerge from the depths of my body's cells.
This impro was run with no preselection of the music. So, it was a real experience into theNot-Knowing, unfolding unknown truths. No intention for compostion or showing anything off... This was just what was there... and what I was ignoring about my movement langage untill this dance came up.

Keeping on improvising movements with/on/against music. As with other infra-red records of December 2019, I was non-stop improvising on a random playlist. This funny exercise led me to consider more seriously what is happening in the improviser's mind.

This sharing is a really tricky thing to me for it is clearly innocent, wild and fragile. Sharing improvisation is, somehow, part of the challenge of improvising : making things happen and communicating them just as they came up with the shorstest time for making a decision.

In this exerpt, danced with Mark Turner's solo "Beauty Mark", it felt clear my improvisation was trying to bring somethning new each time. This willingness for non-redundancy was really challenging. It was a mental process, a kind of pressure but also a frame for freedom. Anyway, qualities of movement and presence were both impacted. While watching this record aftermath, the idea popped up : to try, next time, a very redundant and rythmic dance with no more than 5 combinations of 4 movements to be repeated till they collapse or produce something new...
In this impro, I've also appreciated playing with the rythm and the complexicity of Turner's fingering by adding some stillness or downpitched movements.

Once again, all of this is improvised. Nothing has been written. The only training I did before was focused on deepening the quality of listening to the music.

A soft and slow exploration of connectedness with dancer Andy Kilian in Berlin, Summer 2019.
Additionnal music : Meredith Monk, "Ellis Island", from "Piano Songs" album.
We don't own rights to the music.

As a contact dancer, I am exploring differences of height and weight. The really playfull experiences with Myla in my retreat place in Provence taught me a lot about the way we connect and communicate. Kids may sometimes wait for the adult to be given a direction or, on the contrary, jump spontaneously on their back and take them by surprise. I like also the fact that adults are also invited, in this kind of dance, to roll on the ground and to be not higher than their partner. They can re-explore some fundamental movements with a little help from their little partners. Also, it feels great to give kids the basics of CI so that they ca also support their taller partner cwith confidence and strenght. Looking forward for opening safe and uplifting spaces for Kids and Parents in France and Belgium!

Shot and edited in Jannuary 2016, this little video shows some explorations of what became, few months later, the material of my dance film JUBILEE.
"She wishes he was here, there, inside and out" shows the seminal movements of the female solo.
This exploration is all about desire, pregnancy and loneliness.
Added music : MURCOF, "Recuerdos", album "Remembraza", 2005.

A small improvised solo during Christmas night 2015. Exploring the effects of infra-red camera combined with a single tiny source of light.

Instead of words, some movements. A Ziegler letter is a very short message to a far away friend. It's personnal. This is a communication. The principles of a Ziegler letter is : imrpovisation (during 8 minutes maximum), working on the edition no longer than one hour... and then sending the letter to the recipient. 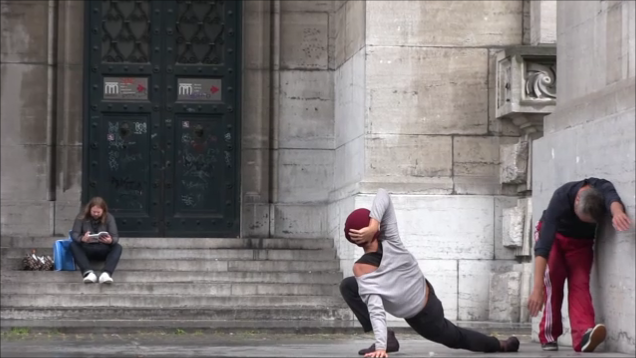 Between museums of Art and museum of War, we dance, we get lost, we find ourselves back. Automn 2015 was a fantastic period of exploration of this beautiful park in Brussels. All these works led to the creation of Jubilee dance film.

Thanks to Pierre-Jean Develter, Julien Marcelle and Laurent Ziegler for opening up and supporting  this intense time of creativity.

[Video to be inserted soon...] 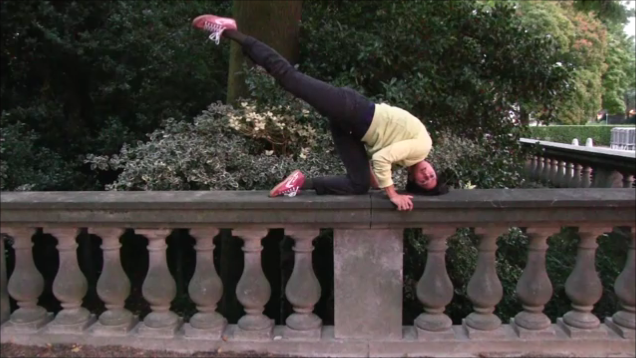